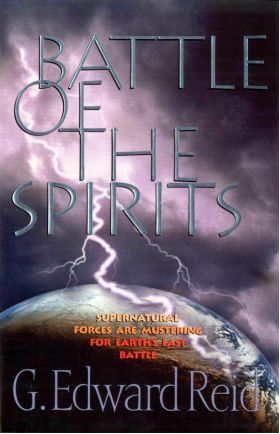 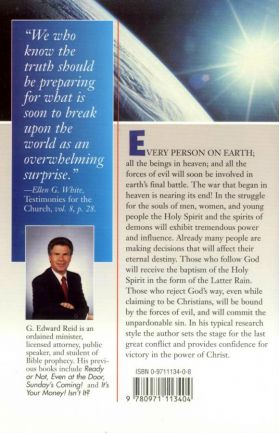 Every person on earth; all the beings in heaven; and all the forces of evil will soon be involved in earth’s final battle. The war that began in heaven is nearing its end! In the struggle for the souls of men, women, and young people the Holy Spirit and the spirits of demons will exhibit tremendous power and influence. Already many people are making decisions that will affect their eternal destiny. Those who follow God will receive the baptism of the Holy Spirit in the form of the Latter Rain. Those who reject God’s way, even while claiming to be Christians, will be bound by the forces of evil, and will commit the unpardonable sin. In his typical research style the author sets the stage for the last great conflict and provides confidence for victory in the power of Christ.

"We who know the truth should be preparing for what is soon to break upon the world as an overwhelming surprise."
Ellen G. White, Testimonies for the Church, vol. 8., p. 28