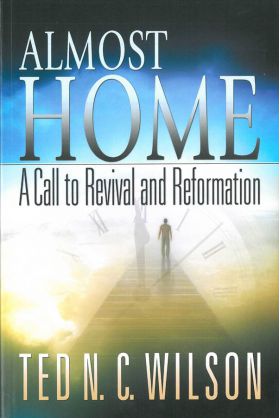 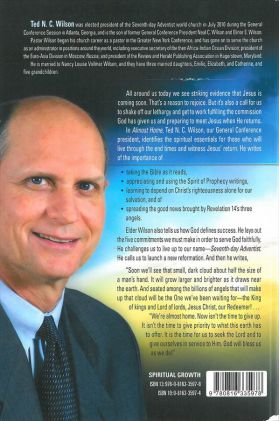 Seventh-day world church President Ted N. C. Wilson has published his first book, a compilation of recent sermons on themes related to his call of commitment to God and service to others.

“Almost Home: A Call to Revival and Reformation,” was published and released today by Pacific Press Publishing Association. Wilson said he never set out to publish a book, but was convinced of the idea by his assistant, longtime evangelist Mark Finley. Wilson said the book focuses on Christ’s soon return and the Three Angel’s Message, as found in the biblical book of Revelation. It also underscores how church members can view their own role in anticipation of Christ’s return as people who are servants of the Lord and to each other, he said.

“I hope readers catch a full picture of the urgency of the times and the Lord’s soon return and that they feel very much a part of the great Advent movement and its real objective, which is to tell people the Lord is coming soon,” Wilson said.

All around us today we see striking evidence that Jesus is coming soon. That's a reason to rejoice. But it's also a call for us to shake off our lethargy and get to work fulfilling the commission God has given us and preparing to meet Jesus when He returns. In Almost Home, Ted N.C. Wilson, our General Conference president, identifies the spiritual essentials for those who will live through the end times and witness Jesus' return.