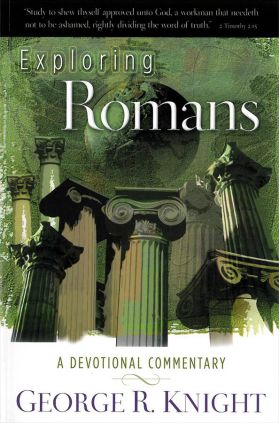 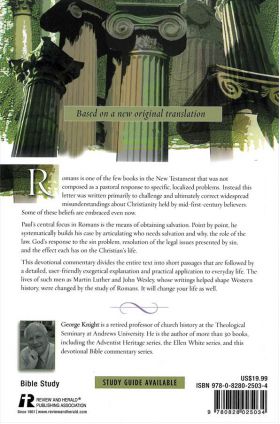 Romans is one of the few books in the New Testament that was not composed as a pastoral response to specific, localized problems. Instead this letter was written primarily to challenge and ultimately correct widespread misunderstandings about Christianity held by mid-first-century believers. Some of these beliefs are embraced even now, and the careful study of this letter to believers whom Paul had not yet met is vital to every sincere Christian.

Paul’s central focus in Romans is the means of obtaining salvation. Point by point, he systematically builds his case by articulating who needs salvation and why, the role of the law, God’s response to the sin problem, resolution of the legal issues presented by sin, and the effect each has on the Christian’s life.

This devotional commentary divides the entire text into short passages that are followed by a detailed, user-friendly exegetical explanation and practical application to everyday life. The lives of such men as Martin Luther and John Wesley, whose writings helped shape Western history, were changed by the study of Romans. It will change your life as well. 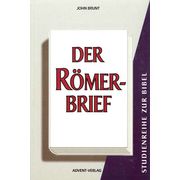