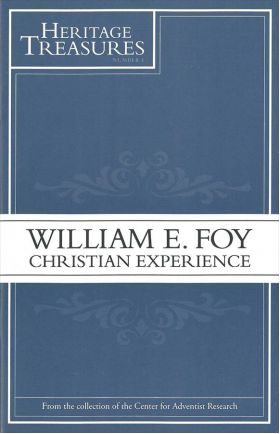 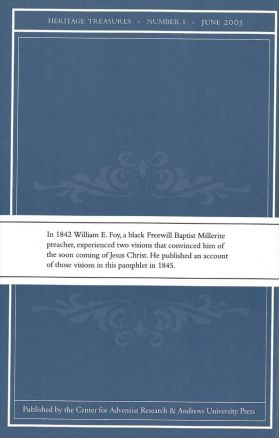 William Foy was a black Freewill Baptist Millerite preacher who experienced two visions about the Second Coming of Christ and published this record of them in 1845. The pamphlet is significant in Adventist history because of the visions’ similarities to the early ones experienced by Ellen G. (Harmon) White who later became one of the founders of the Seventh-day Adventist Church. 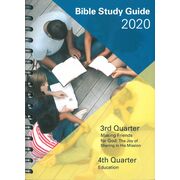